Artificial Intelligence in Olympics | The Show Must Go On 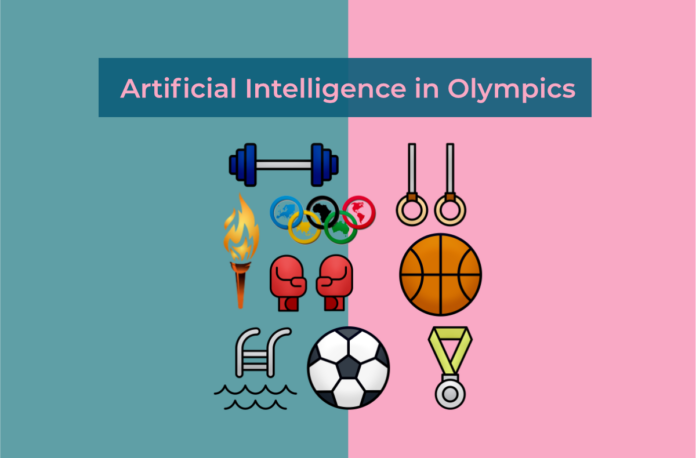 Who can forget and forgive Wuhan today? I believe no one in the whole world can forget this sprawling capital of Central China’s Hubei province, except China.

This is the capital city where the first case of Covid-19 was reported and then the pandemic spread to the whole world and brought it to a complete lockdown stage.

The entire world was crying for its near and dear ones, but there was no sigh of relief.

During the same crisis, an international event (Olympics) was also scheduled to take place but it was postponed until the pandemic situation comes to normalcy.

When people started living with the virus in 2021, and surprisingly that too after the second dreadful wave of Covid-19, the IOC, and Japan, the host country, stepped ahead, and proved the age-old saying that the “Show Must Go On.”

Let me tell you that one of the most welcomed guests in the 2021’s summer Tokyo Olympics is artificial intelligence, which has completely revolutionized our daily lives.

And in this article, we will talk about how artificial intelligence in the Olympics is introducing a new phase of sports.

So, let’s get started and know how artificial intelligence is redefining 2021’s Olympic Games in Tokyo.

AI in sports, for several years now, has been lauded as an ideal tool when it comes to improving and enhancing athlete’s performance and calculating their moves.

And Olympics games, in this regard, are said to be an early adopter of the latest technologies ever since time trackers and stopwatches have come into existence.

Since the Olympics have adopted and adapted themselves to technologies such as artificial intelligence and machine learning, there has been a revolutionary change.

For example, the Omega’s Magic Eye camera, which was first rolled out in 1948, but did help us for the first time with the many ‘photo finishes’ for track events.

Thereafter, technology became a part of nearly every sporting event taking place across the world.

Going a step ahead in AI and ML, the Summer Tokyo Olympics is now helping all the participating athletes and moderators with a top-notch experience on AI in sports.

Which key technologies are at the forefront of the Tokyo Olympics?

Before I tell you how artificial intelligence in the Olympics is strengthening athletes and organizing different games with more perfection in this grand event, let’s check how tech is helping to conduct even a simple activity in the Olympics village.

As you know, the Olympics is an event where hundreds of people from many different parts of the world come and gather at a designated place to prove their mettle of sports.

They get proper accommodations. But the biggest problem event managers have to face is to carry the athletes and their teams to the event avenue from their accommodations.

Thankfully, autonomous vehicles prove helpful enough when it comes to tackling mobility issues. They help in chauffeuring athletes around the entire Olympics village.

Besides, there are ML-based self-driving cars that are automated to drop back athletic equipment including discuses, javelins, and hammers to athletes during the games.

The Olympics isn’t just a place where people from every walk of life  come together, but it also gives rise to the issue of language because different people also bring with them their language. But thanks to the use of AI-powered real-time translation systems that help people in understanding instructions.

Almost every smartphone or compatible device is installed with a translator feature, which allows the users of the devices to choose the target language, say your words into the device, and then deliver the spoken words in the targeted language.

That apart, artificial intelligence in the Olympics is also being exploited in different types such as tracking tools, cloud-based broadcasting, robotic assistants, and 5G.

Big data has an indispensable role when it comes to improving and enhancing athletes’ performance. Most importantly, for surfing, big data helps the athletes by keeping track of all their sport activities and turning it into numbers.

Consequently, the USA Surfing organization has taken advantage of a huge amount of big data methods to aid its athletes get an edge in their performance.

Alibaba and Intel have collaboratively created 3DAT (3D Athlete Tracking) to monitor every move of an athlete. First rolled out at the US Olympic Trials in Eugene Oregon, 3DAT is being leveraged in the Tokyo Olympics for several purposes.

The AI-powered 3DAT system, by taking images from five special trackside cameras, transfers them to Alibaba cloud where it’s changed to actionable insights.

The technique is considered as a distracting way to discover the skills of elite athletes.

While the AI-driven humanoid basketball player by Toyota isn’t one among the team members in the basketball games, this robot player is only one of its kind.

The humanoid robot got its name registered in history in the year of 2019 when it was recognized and awarded with the Guinness World Record for ‘most consecutive basketball free throws by a humanoid robot.’ Now, the robot is in the Olympics and showing its throwing potentials prior to every commercial break.

After reading the article about how artificial intelligence in the Olympics is helping this grand sporting event, we hope that you would like to know more about the AI-based machines, products and tools that are being used in this mega event.

If you have any questions about how the use of artificial intelligence in Olympics is revolutionizing the sporting activities and the performance of all the participating athletes, feel free to ask us anytime, we would be more than happy to answer them in the comment section below.

Check out our sponsor. 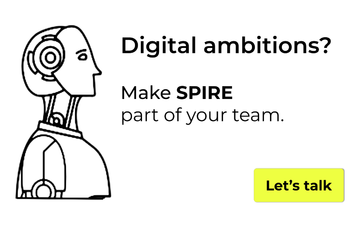 Artificial Intelligence, ML or Data Science | Which Is Best For You

Want to make Spire part of your team?

pinkypickle is an informative & insightful website with the bestartificial intelligence (AI), machine learning (ML), deep learning (DL), data science, digital transformation, Internet of Things (IoT), software solutions and IT outsourcing services. Whether you are a C-suite manager, a consultant or responsible for marketing and sales activities we are committed to feeding your intellect with fact-based and well-researched contents.